As a Nova Scotian, I grew up knowing about the Bluenose and her legacy kept alive through the Bluenose II, but when I moved to the South Shore in the early ‘90’s, visiting Lunenburg to ‘see’ her in her homeport became a pilgrimage we’d make on a regular basis, especially in the summer. Enamoured with her and her majestic presence as the winds filled her sails, it wasn’t until I had the incredible opportunity in the 1990’s to step aboard while she was visiting Toronto as a part of an Atlantic Canada trade mission/promotion, I realized just how much she meant to me, and fellow Canadians.

With the CN Tower off in the distance, I meandered her decks under full sail on Lake Ontario as she danced across the water, I was in awe of simply ‘being’ aboard her. As a ‘Bluenoser’, my chest bursting with pride, was humbled and felt so privileged to be among the hosting team welcoming our Torontonian guests. While this was long before ‘selfies’, there were thousands of photos taken, keepsakes of memories I know were treasured by all.

In the years since, I’ve revisited her decks, visited her while being rebuilt at the Big Boat Shed and now having taken up sailing myself with my husband, can you believe that my mentor, teacher and now friend, is none other than Orval Banfield, a former Bluenose II Captain … pinch me!

Cheers to 100 years, and many more for our national sailing ambassador. 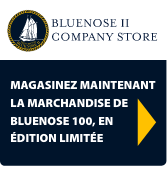 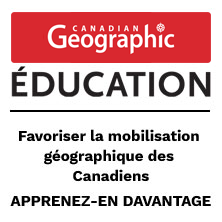